Merchandising in an undergarments store

Underwear and underwear accessories are a very special kind of product that requires a particular approach to sales organization. Competent merchandising of underwear is necessary to take a store to the highest possible level of economic viability and ensure its high competitiveness.

Merchandising of underwear in a store should fully take into account both the specifics of such a sensitive product and psychology of the target audience (i.e. potential customers of an outlet).

Underwear merchandising necessarily involves zoning of retail space. Separation into zones not only helps a buyer to quickly navigate, but also spurs him into detailed study of proposed assortment and making impulse purchases.

It is recommended to place those products closer to the entrance to sales area, that are able to generate the greatest interest from passers-by and draw their attention, i.e. the most relevant, eye-catching and shiny models. Effective technique is to place them in the central zone of a trading floor as well. However, one should not forget that an area of first 5-6 steps at the entrance into the store suffers from low buying activity, that’s why it is better to place models actively promoted deeper into the sales area.

Deeper into the central part, on the left and right sides of the center is where promotional goods and products for sale are usually laid out. It is the central zone that is capable of generating maximum profit if appropriately arranged. Underwear merchandising always emphasizes the importance of trading floor’s central area.

The back end of the sales area, most distant from the entrance should be filled with goods with the most stable demand. In case of lingerie store it can be tights (almost all women buy them on a regular basis). Underwear merchandising in a store proves demonstratively that walking through the entire store to the necessary goods, a customer is likely to get interested in other products as well.

An equally effective way to fill the back area is to place undergarments of the most popular brands there, which attract the highest number of customers.

Underwear merchandising involves the use of dummies. Mannequins in the sales area are able to demonstrate a product from its best side under good illumination. You can direct shop visitors’ attention to certain areas or goods by laying out products in a particular way.

An atmosphere in a lingerie boutique is extremely important, customers should feel themselves at ease and relaxed. Nowadays purchase of underwear is usually made not so much by direct necessity, as by the desire to indulge oneself, that’s why being in a store should bring maximum joy to potential customers.

Underwear merchandising implies that a lot of attention will be paid to interior decoration of a store. Since modern underwear, especially lingerie is an eye-catching and extremely diverse product, sales area should be decorated with bright lighting of high quality (dull colors and shades are unacceptable.

Areas of sports, casual (predominantly cotton products and fabrics) and luxury underwear not only should be placed apart, but also can be distinguished by different colors and styles.

Fitting rooms in an underwear store.

Fitting rooms in an underwear store should be as comfortable as possible for shoppers, since specifics of the product demand it. Underwear merchandising in a store recommends the following on this matter.

Location of fitting rooms should be clear to customers straight away, the best option is to locate them at the back end of sales area far from entrance. It is highly desirable to have sealable doors with latches (not curtains that can be flung open at any time!). When trying on underwear, potential customer should be able to fully relax and not to feel uncomfortable. Quality, quantity and mirrors arrangement are as extremely important as illumination. Soft light of the yellow spectrum is capable of giving the most advantageous look, whilst gently smoothing out flaws of a woman body.

The use of certain suggestions in underwear merchandising can significantly boost sales. Rules of laying out are one of the most important among them.

Goods should not be placed too closely to each other, since it will make even the most expensive underwear look not impressive enough. The more expensive offered collection, the more space in sales area should be allocated for it.

Underwear merchandising implies that goods of complementary assortment should be laid out near to cash registers (in an underwear store there are straps. socks, pads, etc.).

A proven technique that underwear merchandising prescribes for us is to hang underwear by color, maintaining gradual transition from light models to darker ones. A proven layout technique is so-called “color spot”: products available are differentiated by color palette so that a customer could immediately notice preferred color range. However one should not create too large sole-colored areas, dark or light. If a dozen black, white or beige sets are hung out in one place, buyers most likely won’t be able to decide in favor of something specific. Monochrome areas must be mixed up by introducing colored highlights and clear-cut elements.

For applying such a technique you can make use of goods from other product groups (homewear, sleepwear etc.).

Underwear merchandising in a store involves the use of diverse equipment for hanging goods. The most common option is low-end panels put up along the perimeter of an entire trading floor. When placing panels it is necessary to avoid monotony, mixing it up with various design pieces.

The absolute majority of shop windows, hangers and shelves should be arranged at eye level. All models should be easily accessible for buyers, in order to make selection process as simple as possible. Models hung too low or too high automatically fall into a “silent zone”, i.e. they will be drawing the least attention.

Gondola racks are placed in the center of a trading floor so as to not obstruct overall view. The advantage of stands is that underwear can be hung faced up in different directions.

According to underwear merchandising rules the most expensive equipment should be used for the most expensive models. Brackets and hangers should not impede detailed inspection of a product hung on them. When laying out sets of underwear, bras should be hung out slightly in front on an external bracket, since they better demonstrate design and color of a model, whereas underpants are usually hung out a little behind them.

Our managers will answer all your questions, select necessary services and prepare commercial offer. 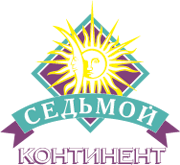 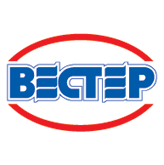 Request a call
Leave a request
Thank you for contacting us!
Our manager will contact you soon

Thanks for the feedback!
It will be added to the site after moderation.